A unanimous three-judge panel of the United States Court of Appeals for the Ninth Circuit held that the class of users in Patel v. Facebook have constitutional standing to move forward with their complaint.

After rejecting the arguments that Facebook users suffered no “concrete harm” by having their facial data mapped and stored, the Ninth Circuit advanced a $35 billion class action against Facebook over a “tag suggestions” feature, which  is claimed to be a violation of the Illinois Biometric Privacy Act (BIPA). Writing for the Court, Judge Sandra Ikuta “conclude[d] that the development of a face template using facial-recognition technology without consent … invades an individual’s private affairs and concrete interests.” Judge Ikuta reasoned that the facial recognition feature “allows Facebook to create and use a face template and to retain this template for all time.”

BIPA, codified 740 ILCS 14 et seq., becomes law in 2008 and has inspired comparable legislation in Texas and Washington. Illlinois, however, is the only state that allows a private right of action, allowing individuals to file a lawsuit for damages resulting from statutory violations. The law defines biometric data as to include “retina or iris scanning, fingerprinting, voiceprint or scan of hand or face geometry” and prohibits a company from collecting, using, or sharing a user’s biometric information without that person’s informed consent. BIPA also imposes various obligations, which include “establishing a retention schedule and guidelines for permanently destroying biometric identifiers and biometric information” within three years of the company’s last interaction with the person or when the  purpose  for collecting such identifiers is satisfied. Facebook’s facial recognition technology allegedly violates BIPA.

Now that the plaintiffs are determined to have standing to use, the panel has remanded the case back to the district court for further proceedings. We will continue to monitor the development in this important case concerning biometric privacy. 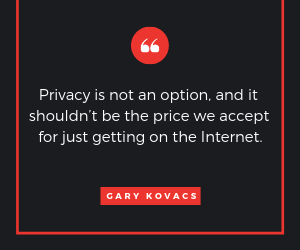